Two days after Marc Farzetta announced he was out as morning show host at WPEN 97.5 FM The Fanatic, John Kincade has formally been named as his replacement.

The Philly Business Journal reports The John Kincade Show will officially begin on January 4. Chuck Damico, program director at The Fanatic, said that Farzetta’s co-hosts Bob Cooney, Jamie Lynch and Pat Egan will stay with the station as part of Kincade’s new show.

“Marc is super-talented and we would have loved to keep him as part of our war chest,” Damico said. “But we felt the morning show required a different set of skills and it wasn’t getting enough traction. We just couldn’t keep Marc [and give him a different assignment] because of budget. We just felt John’s skill set was more applicable to a morning show.”

So what are those different skills that Kincade brings to the table?

“John has tremendous experience, knows this market well, knows what works,” Damico said. “He’s done national shows, dealt with celebrities of all types. And his show is not just about sports. It’s about entertaining the audience with a variety of topics. And he’s phenomenal at that.” 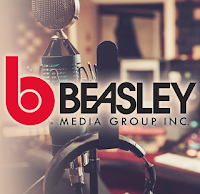 Kincade worked at WIP from 1992 to 1994 before relocating to Atlanta where his career took off. He hosted shows for ESPN Radio and CBS Sports Radio but spent the past 20 years at WCNN 680 AM (The Fan), mostly co-hosting the Buck & Kincade show along with former University of Georgia quarterback Buck Belue. He was laid off in September by parent company Dickey Broadcasting as part of Covid-19 cuts.

In a statement, Kincade called returning to Philadelphia an “immense honor and pleasure.”

Like Farzetta, Kincade is a former mentee of Angelo Cataldi, the longtime morning show ratings kingpin at rival Sportsradio 94 WIP. He has long done guest spots on Cataldi’s show. But Cataldi, 69, signed a new contract with WIP last year, saying he was re-energized by the competition from Farzetta. Now Kincade will go head-to-head with his mentor. Damico has realistic expectations about how that will go.

The change at The Fanatic is not surprising. While WIP was fourth in the overall Philadelphia market ratings for the November book, The Fanatic did not crack the top 20. Damico was brought in this summer to serve as the station’s program director, replacing Eric Johnson. Gargano is entrenched at the midday shift and Mike Missanelli’s contract as afternoon drive host was extended through 2021.