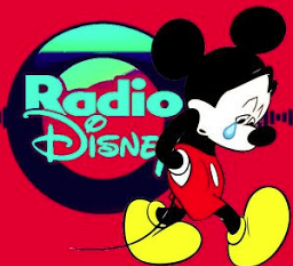 Thirty-six full- and part-time employees at Radio Disney will be laid off as a result of the planned shutdown in 2021.

Radio Disney Country, which debuted in 2015 as a digital-only platform, will also cease operations. Radio Disney in Latin America, which is separate from the U.S. operations, will not be affected, reports The NY Times.

Started in 1996 as a terrestrial radio station, Radio Disney became a destination for preteens and teenagers, primarily playing pop music and songs popularized by Disney Channel shows. By 2005, the station was available across 97 percent of the United States. In 2009, Radio Disney reached about 30 million listeners a week, a Disney spokeswoman said. That year, it opened a studio in Burbank, Calif., that became its programming headquarters.

In a shift, the network began reaching its audience primarily on digital and satellite platforms instead of over the airwaves in 2014, when the company sold 23 local market stations. (Its last remaining local station, KRDC-AM in Los Angeles, will be sold in 2021.)

In the 1990s, the station largely played popular artists like Britney Spears and ’NSync. It later served as a launching pad for artists early in their careers, including Hilary Duff, Raven-Symoné, Justin Bieber, Ariana Grande and Zendaya.

“Radio Disney was definitely the first and one of the kind of most significant events in the development of the tween music industry,” said Tyler Bickford, an associate professor of children’s literature and childhood studies at the University of Pittsburgh and the author of “Tween Pop: Children’s Music and Public Culture.”

By embracing pop music and mixing it with its live-action shows on the Disney Channel, Disney was able to attract older children around the ages of 11 and 12, Professor Bickford said, contributing to an emerging preteen demographic that Radio Disney worked to cultivate.