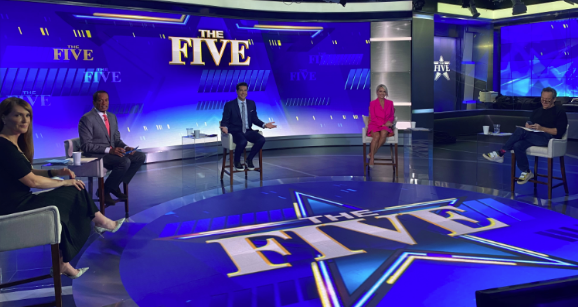 Juan Williams, a veteran Fox News personality who co-hosts the popular afternoon talk show “The Five,” tested positive for the coronavirus on Thursday and is isolating himself, reports The NY Times citing two people who were briefed on his condition.

Williams appeared in a live episode of “The Five” on Wednesday afternoon at Fox News’s Midtown Manhattan headquarters, appearing on the set with several of his co-hosts, including the popular conservative commentators Jesse Watters and Greg Gutfeld. The hosts, like guests on some other cable talk shows during the pandemic, sat about seven feet apart.

Williams left for vacation on Nov. 18 and returned to the Fox News studios on Monday; he was tested for the coronavirus shortly thereafter. The people familiar with his condition, who requested anonymity to share private discussions, said he received a positive result on Thursday afternoon.

He was absent from Thursday’s 5 p.m. episode of “The Five,” in which the other hosts appeared remotely.

Fox News declined to comment about Williams’s condition, citing employee privacy. But the network said in a statement that the hosts of “The Five” would broadcast from home studios “for the foreseeable future.”

“We will continue to take all necessary precautions to ensure the safety of our staff,” the statement said. It noted that the network regularly tested its on-air personalities and had mask mandates and daily health checks for all employees who entered its headquarters.