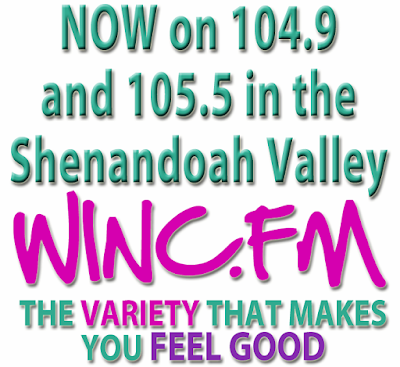 WINC 92.5 listeners in Winchester, VA will soon have to adjust their FM dial to continue hearing it in the future, reports The Winchester Star.

Centennial Broadcasting is selling its 92.5 FM frequency in Winchester to Educational Media Foundation (EMF) for $1.75 million.  EMF intends to broadcast its nationwide K-LOVE contemporary Christian music format on the frequency, Centennial President and CEO Allen Shaw said to his understanding in a phone interview Monday afternoon.

For now programming on WINC-FM, which has a hot adult contemporary music format, continues 92.5 FM, but its also is now airing on two other FM stations in the Northern Shenandoah Valley that Centennial owns: WZFC 104.9 FM licensed to Strasburg and Country WXBN 105.5 FM, licensed to Berryville.

Shaw said he expects the sale of 92.5 FM to become final by the end of December.

The FCC must approve the sale. A Modification of a License for FM Application submitted by EMF to the FCC is pending, an online document shows.

As soon as the sale is finalized, K-LOVE will begin airing on 92.5 FM, Shaw said to his understanding. WINC-FM’s programming will continue airing on 104.9 FM and 105.5 FM, with 105.5 FM taking on the WINC-FM call letters.

No changes in WINC-FM’s programming or personnel — either on-air or behind-the-scenes — are planned, he added.

Centennial is selling the 92.5 FM frequency for economic reasons. “Our revenues have been hurting badly” amid the COVID-19 pandemic, Shaw said. Like other businesses, the radio industry is suffering, he noted.

EMF approached Centennial about buying 92.5 FM, Shaw said, “They made us an offer we couldn’t refuse,” he said. The sale “will help us get through this COVID situation ... and ensure we’re still around” for many years to come.

At its current frequency, WINC-FM is one of area’s most powerful radio stations. Broadcasting a 22,000-watt signal from a transmitter near Front Royal, it can be heard as far north as Chambersburg, Pennsylvania, as far south as Charlottesville, eastward beyond Washington and westward into West Virginia.With much less power, WINC-FM can cover roughly as much territory as those stations because its transmitter tower is on a mountaintop.

K-LOVE currently airs on WTCF 103.3 FM licensed to Wardensville, West Virginia. K-LOVE’s programming originates from studios in Rocklin, California, which is near Sacramento. EMF is headquartered in Omaha, Nebraska, its website shows.