Ajit Pai formally announced Monday that he will leave his position as chair of the Federal Communications Commission on Jan. 20, reports The Hill.
Stepping down from the FCC when a new president is inaugurated is an agency tradition.

Pai, a Republican promoted to chairman by President Trump, has had a tenure mired in controversy.

His most notable decision, the repeal of Obama-era net neutrality rules that allowed the commission to go after service providers that discriminate against certain web traffic, is likely to be overturned shortly after Democrats have a 3-2 majority.

Other decisions, like overseeing the merger of T-Mobile and Sprint, will be harder to reverse.

“It has been the honor of a lifetime to serve at the Federal Communications Commission, including as Chairman of the FCC over the past four years,” Pai said in a statement. 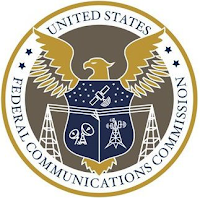 He highlighted some of his other achievements in Monday’s statement, including “closing the digital divide” and designating 988 as the new number of the National Suicide Prevention Lifeline.

President-elect Joe Biden will now have the opportunity to either promote one of the two Democrats on the commission — Jessica Rosenworcel and Geoffrey Starks — or bring in a new chair from outside the FCC.

Republican Commissioner Brendan Carr, who still has several years left on his term, is unlikely to depart. The other seat is up in the air.

In a prepared statement released Monday morning (11/30), Pai said, “It has been the honor of a lifetime to serve at the Federal Communications Commission, including as Chairman of the FCC over the past four years. I am grateful to President Trump for giving me the opportunity to lead the agency in 2017, to President Obama for appointing me as a Commissioner in 2012, and to Senate Majority Leader McConnell and the Senate for twice confirming me. To be the first Asian-American to chair the FCC has been a particular privilege. As I often say: only in America.”

Pai also said he “deeply appreciates” the chance to have worked alongside the FCC’s talented staff. “They are the agency’s best assets, and they have performed heroically, especially during the pandemic. It’s also been an honor to work with my fellow Commissioners to execute a strong and broad agenda. Together, we’ve delivered for the American people over the past four years: closing the digital divide; promoting innovation and competition, from 5G on the ground to broadband from space; protecting consumers; and advancing public safety. And this FCC has not shied away from making tough choices. As a result, our nation’s communications networks are now faster, stronger, and more widely deployed than ever before.”

Pai continued, “I am proud of how productive this Commission has been, from commencing five spectrum auctions and two rural broadband reverse auctions in four years, to opening 1,245 megahertz of mid-band spectrum for unlicensed use, to adopting more than 25 orders through our Modernization of Media Regulation Initiative, to aggressively protecting our communications networks from national security threats at home and abroad, to designating 988 as the three-digit number for the National Suicide Prevention Lifeline, and much, much more. I’m also proud of the reforms we have instituted to make the agency more accountable to the American people. In particular, for the first time ever, we’ve made public drafts of the proposals and orders slated for a vote three weeks before the agency’s monthly meetings, making this the most transparent FCC in history.”