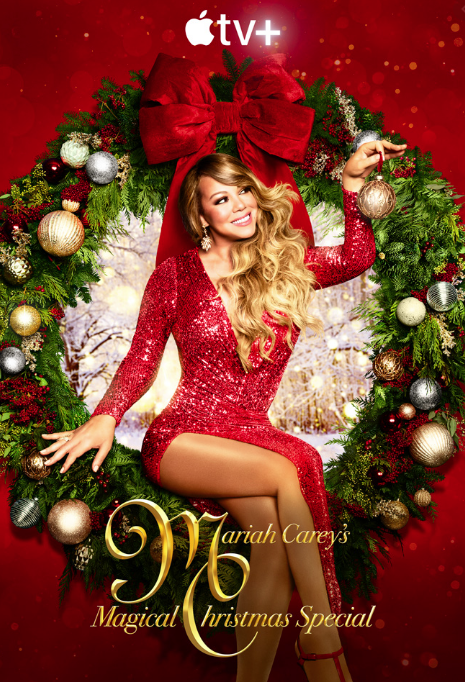 Mariah Carey's 26-year-old song “All I Want for Christmas Is You” is the engine of one of the biggest holiday hit machines of all time, reports The Wall Street Journal.

The song, off a 1994 Christmas album that initially seemed like a risky detour, only simmered for years as a staple of Christmas radio. But in the digital era it has undergone a miraculous ascent, thanks to its age-defying bop, the power of holiday playlists, the multiplying effects of the streaming ecosystem, and her fans’ ritual dedication to the song. She has built a franchise around the propulsive tune in recent years with alternate versions and videos, and a book and animated movie for kids.

“All I Want for Christmas Is You” snowballed to 309 million on-demand audio and video streams last year, according to Nielsen Music/MRC Data. That helped push it to No. 1 on Billboard’s all-genre Hot 100 songs chart for the first time. It got streamed more than chestnuts like Brenda Lee’s “Rockin’ Around the Christmas Tree” and other latter-day standards like Wham!’s “Last Christmas.” As of Thanksgiving this year, her song had reappeared among the more fleeting hits on the chart (most recently at No. 14), where it’s almost guaranteed to climb as Christmas approaches.

In a year when musicians on every level were forced to regroup, Ms. Carey received a timely gift in the form of her Apple deal. It centers on “Mariah Carey’s Magical Christmas Special,” premiering Friday on the Apple TV+ streaming service. The partnership first took shape last February, she says—shortly after “All I Want” became the first Christmas song in 60 years to hit No. 1, and before coronavirus sent the entertainment industry into a deep freeze.

What makes “All I Want For Christmas Is You” a holiday earworm (written and produced by Ms. Carey and Walter Afanasieff, once a frequent collaborator) is her swinging, stair-run vocals and a throwback ‘60s production style. It has gotten bumps in the past, including from a charming cover in “Love Actually,” a 2003 rom-com which itself became a holiday favorite. Yet “All I Want” didn’t register on the top-songs chart until 2012, when streaming started to catch on with listeners, and first counted toward the official ranking of hit songs.

The song’s exponential streaming growth is tied to the way its sound pairs with holiday numbers of any era. That versatility helped “All I Want” proliferate along with holiday playlists and the smart speakers people use to shuffle them. “She’ll be on pretty much any Christmas playlist, whether it’s a user-generated playlist or an algorithmic one,” says George Howard, a Berklee College of Music professor and industry veteran who managed Carly Simon. The result is an annual reignition of the “network effect” that amplifies content which is already popular, he says.

Music streams can translate to eye-popping numbers, such as the 658 million views on YouTube for the original “All I Want” video, shot in the style of a home movie when the song was first released. However, streams—from services such as Spotify and Pandora—generate less revenue than the payments and licensing fees that add up each time a tune gets played on the radio and television, and in stores, restaurants and other venues. On that front, “All I Want” likely generates many times the amount of money it does from streaming royalties, Mr. Howard estimates, with Ms. Carey getting paid as a composer, producer and performer of the song.