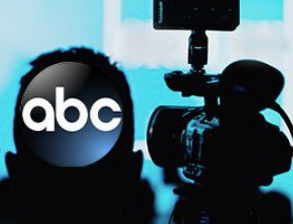 ABC News implemented company-wide layoffs on Thursday, as part of an overall restructuring that parent company Disney disclosed in an SEC filing the day before Thanksgiving.

A source familiar with the matter told Mediaite the layoffs affect a percentage of ABC News employees in the low single digits. The layoffs are spread across the news division, and no particular group has been targeted, the source said.

In a memo to employees obtained by Variety, ABC News president James Goldston said coronavirus pandemic created “significant challenges … that have lasted far longer than anyone could have predicted,” and the layoffs are “necessary” to the company’s long-term growth. Goldston also said that all employees affected by the layoffs have been notified, and they will leave ABC News in early 2021.

No further layoffs are expected through the end of the calendar year.

ABC News currently has around 1,400 employees. The layoffs come at the end of a rough year for the media industry, with NBC, CBS, CNN, and Fox News all having announced layoffs in their news divisions in 2020.

In November, The Walt Disney Company disclosed in an SEC filing that around 32,000 employees would be laid off in the first half of the 2021 fiscal year, primarily in the parks division.