The AM Rundown: Los Angeles Locked Down 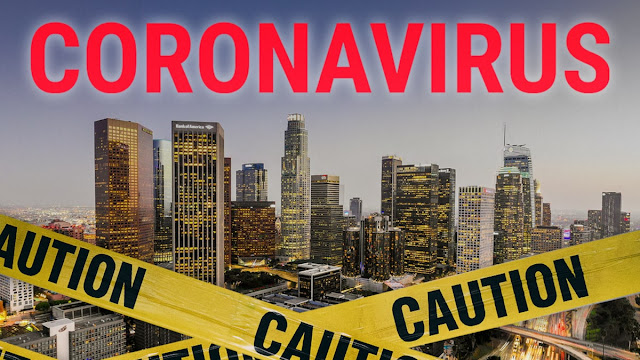 Los Angeles County, the nation's most populous county, is officially on lockdown for three weeks. All but essential business are closed and even private gatherings of multiple households are banned. The severe new restrictions are due to a soaring rate of COVID-19 there.

In New York, Governor Andrew Cuomo said the virus had entered a new and dangerous phase, and additional emergency actions will be needed to combat another wave of illness. Hospitals in some areas of the state have been ordered to stop elective surgery in order to handle more coronavirus patients. The governor called on hospitals to contact retired doctors and beg them to come back to work.

➤DOCTOR SCOTT ATLAS RESIGNS: Doctor Scott Atlas, the controversial member of the White House coronavirus taskforce, has resigned. Atlas opposed many of the restrictions imposed by states to curb the spread of coronavirus, and famously urged residents of Michigan to "rise up" against restrictions there.
➤WAITING FOR A VACCINE: There's great hopes for the coronavirus vaccine that is expected to be approved for use in the U.S. by mid-December. But those of us who are not frontline healthcare workers or nursing home residents are unlikely to get access to the vaccine until next spring or even summer. Those are the people at greatest risk, and there are 21 million of them. According to CNN, the first planning sessions to discuss rollout of the vaccine are being held this week.


➤GEORGIA REPUBLICANS DEFY TRUMP: Georgia's Republican governor and secretary of state are pushing back on President Donald Trump's demand that they overturn their state's presidential election results. Secretary of State Brad Raffensperger, in a press conference yesterday, declared that "truth matters." He said: "There are those who are exploiting the emotions of many Trump supporters with fantastic claims, half-truths, misinformation, and frankly, they are misleading the president as well, apparently." Governor Brian Kemp's office said in a statement that he is legally barred from interfering in elections. A recount of Georgia's vote is due to be completed tomorrow.
Wisconsin and Arizona both certified their election results yesterday, cementing the victory of Joe Biden in both states.

➤NAVY WARSHIP HEADED FOR SCRAP HEAP: The U.S.S. Bonhomme Richard, which was heavily damaged by fire in July, will be decommissioned rather than rebuilt, Navy officials announced. The Wasp-class amphibious assault ship, which could carry 1,000 sailors, would cost more than one billion dollars to repair. It cost less than that to build it in the 1990s. The fire broke out in when the ship was docked in San Diego. The cause is still being investigated.
In case you're wondering, Bonhomme Richard is the French translation of Poor Richard, the pseudonym Benjamin Franklin used for his Poor Richard's Almanac.

The Atlantic hurricane season - after producing a record 30 named storms - has officially come to a close.https://t.co/uvkIgivPDv


➤WORST-EVER HURRICANE SEASON IS FINALLY OVER: The 2020 Atlantic hurricane season is over as of yesterday, but it was a doozy while it lasted. The National Oceanic and Atmospheric Administration reports that there was a record of 30 named storms, 12 of which made landfall. The previous record of 28 was set in 2005. In fact, this season was so bad they ran through the entire alphabet and had to borrow the Greek alphabet to name the last few storms.

➤WINTER STORM HITS GREAT LAKES: The first big winter storm of the season is headed for parts of the Great Lakes, the Ohio Valley and the Appalachians today. Up to a foot of snow is expected in northeastern Ohio, northwestern Pennsylvania and western New York, according to the National Weather Service.

🎄AMERICANS INCREASINGLY TURNING TO FRESH CHRISTMAS TREES DURING PANDEMIC: Amid the pandemic Americans are turning back to fresh Christmas trees. It’s early on in the season, but both wholesale tree farmers and small cut-your-own lots are reporting strong demand, with many opening well before Thanksgiving. As demand surges, big box stores are seeking fresh trees up to a week earlier than last year.
McKenzie Cook ships between 1.8 million and 2 million trees a year from McKenzie Farms in Oregon and Happy Holiday Christmas Trees in North Carolina, she says, “The season is running approximately six to seven days ahead of what we’ve seen in the past. We’ve never had demand like we’ve had this year.”
A few things are driving the uptick in sales; for one thing, more Americans are staying home for the holidays as the pandemic continues, and realize they will be home to water a fresh-cut tree. And with many holiday festivities cancelled, stir-crazy families are also looking for safe ways to make memories—including choosing and cutting down a tree. The growing interest in real trees comes after the industry has struggled to attract new, younger customers in recent years. Another tree farmer adds, “Having that real tree smells so good in your house, something to take care of and decorate together, nothing beats that for the holiday season.”

Notes, takeaways, and reactions from our 23-17 win over Philadelphia.#GoHawks x @Q13FOX

🏈RAVENS-STEELERS GAME POSTPONED FOR THIRD TIME: The game between the Baltimore Ravens and the Pittsburgh Steelers has been postponed yet again. The game, originally scheduled for Thanksgiving, is now supposed to be played on Wednesday, ESPN reports. And that pushes the Steelers' game against the Washington Football Team from Sunday to Monday. The Ravens have at least 22 players on the reserve list after positive COVID-19 tests.

The NFL has set its schedule for the league’s Saturday tripleheader on Dec. 26. https://t.co/Yz7Q8yo0zq


🏈TRIPLEHEADER FOR DAY AFTER CHRISTMAS: We're afraid to make any promises about scheduling these days, but the NFL has planned a tripleheader for the day after Christmas this year. On Saturday, December 26th, the Tampa Bay Buccaneers will play the Detroit Lions at 1 PM ET. Then, at 4:30 PM ET, the San Francisco 49ers will play the Arizona Cardinals. At 8:15 PM ET, the Miami Dolphins will be up against the Las Vegas Raiders.

🏈TEXANS' WILL FULLER SUSPENDED: Will Fuller, the wide receiver for the Houston Texans, has been suspended for six games for violating the NFL's policy against performance-enhancing substances. In an Instagram post, Fuller said the drug was prescribed by a doctor who thought it was permitted.

🏈TONY THE TIGER IS NOT PLEASED: The Tony the Tiger Sun Bowl college game has been played on New Year's Day every year since 1935. Not this year. The game that was to pit the best of the Pac-12 against the ACC has been canceled due to Covid-19, according to CBS4 in El Paso.
Also yesterday, Minnesota announced that its game Saturday against Number 17 Northwestern has been canceled. It will be treated as a "no contest." The game between Michigan's Wolverines and the Maryland Terrapins on Saturday is currently in doubt.

🏎THE LUCKIEST GUY IN THE WORLD: Romain Grosjean is expected to leave a hospital in Bahrain today. If you don't think that's a big deal, you should know that on Sunday, the car he was driving in the Bahrain Grand Prix smashed into a barrier at 140 miles per hour, snapped in half and then went up in a fireball of flames. Grosjean was pulled out of the car seconds later with minor burns on his hands. A little gel and he was fine. He's married and has three children.
Posted 4:20:00 AM