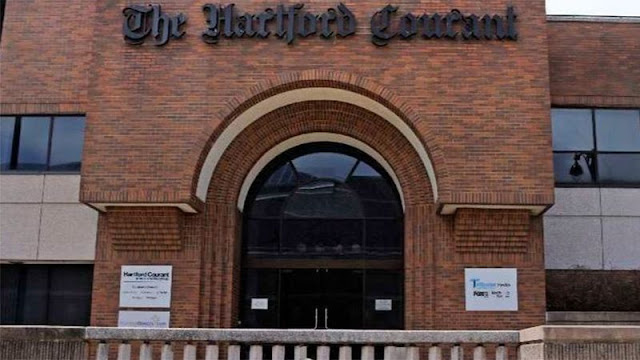 The Hartford Courant’s Broad Street offices, largely empty since March when the pandemic began, will close by the end of the year, executives said Friday.

Vacating the site was a difficult call, publisher and editor-in-chief Andrew Julien said.

“This is a decision about real estate needs amid a difficult and challenging time on both the public health and economic fronts,” he told staff in an email.

“It won’t change the essence of what we do: Delivering the high-impact journalism readers have come to expect from the Courant and crafting creative solutions that meet the needs of our advertising partners,” Julien said. 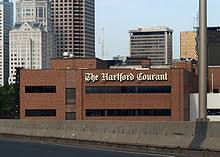 With the pandemic preventing reporters, editors, photographers and administrative staff from safely returning to the office until 2021, the company will close the offices Dec. 27, he said.

“As we progress through the pandemic and as needs change, we will reconsider our need for physical offices,” he said in an email.

The Courant, which has occupied the site since the mid-1940s, announced in October the newspaper will be printed in Springfield, ending more than 250 years of publication in Hartford. The newspaper is the nation’s oldest continuously published newspaper, beginning as a newsweekly on Oct. 29, 1764.

The Courant had outgrown its State Street home by the mid-1940s and moved to 285 Broad St., the former home of a car dealership. It bought the building for $500,000, the equivalent of $7 million in today’s dollars.

Tribune Publishing has shut other newsrooms: The Allentown (Pa.) Morning Call, The Capital in Annapolis, Md., the Orlando Sentinel and the New York Daily News.