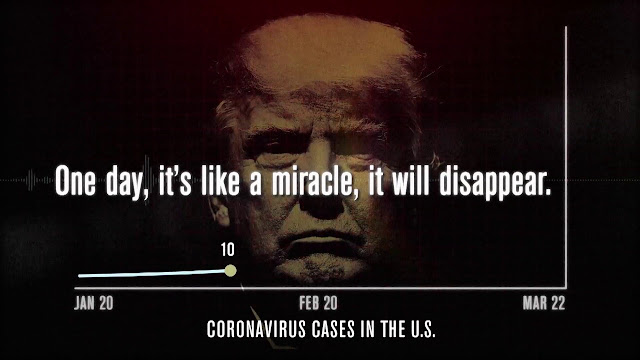 President Trump's reelection campaign on Monday filed a defamation lawsuit against a Wisconsin television station for running an ad cut by the liberal super PAC Priorities USA alleging the president called the coronavirus a “hoax.”

The Hill reports the lawsuit seeks unspecified monetary damages and legal fees from the NBC affiliate, WJFW-NBC of Rhinelander, accusing the station of having “perpetrated a fraud on the public by recklessly broadcasting [Priorities USA’s] defamatory and false advertisement, which WJFW-NBC knew or should have known was produced through the use of technology that depicted a clearly false statement.”

“It is disappointing that WJFW-NBC would knowingly continue to broadcast this blatantly false ad and perpetrate falsehoods on the American people, even after the Trump campaign provided proof in good faith of the ad’s falsity,” Jenna Ellis, senior legal adviser to the Trump campaign, said in a statement.

The local news station did not immediately respond to a request for comment.

The Trump campaign sent cease-and-desist letters to WJFW and other TV stations in key battleground states last month warning they would face legal action for running the Priorities USA ad.


The ad splices together audio clips of Trump downplaying the virus over a graphic showing the number of cases on the rise.

Fact-checkers have said it’s wrong to claim that Trump called the virus a hoax, noting that the president’s full quote shows he was describing Democratic efforts to politicize the virus.
Posted 1:36:00 AM