WIHT Hot 99.5’s the Kane Show has been removed from iHeartRadio’s on-air programming after 14 years. The show, hosted by Peter Deibler (also known as Kane), has been replaced by Your Morning Show, which airs from 5-10 a.m. on weekdays with hosts Intern John, Riley Couture, and Radio Rose—Deibler’s former cohosts.

Hot 99.5, which aired the morning show on its stations in D.C., Baltimore, and Tampa Bay, among others, removed all Kane Show sites on Saturday, and acknowledged the changes on social media Monday morning when the show aired for the first time without Deibler. WJLA first reported the news.

Without much communication from iHeartMedia, many online have been left to speculate on whether Deibler was removed from the station or if he left voluntarily.

In response to a DCist inquiry into why Deibler won’t appear on the show, an iHeartMedia spokesperson said that, “starting today, although Kane will still be a part of the iHeart family, he will no longer appear on the Hot99.5 morning show. We appreciate all he has contributed and built over the last 14 years. The Morning show will continue on schedule with John, Riley, and Rose.” The spokesperson wouldn’t elaborate on what Deibler’s role will be within the organization or whether he left voluntarily.

Some commenters replied that Deibler’s exit was no surprise or should have come earlier, citing his 2016 domestic violence case. In May 2016, Deibler’s then-wife Natasha Deibler accused him of second-degree assault, alleging that he threw her into a wall at his Bethesda home in front of their daughters. Natasha said the incident resulted in a sprained knee, head injury, bruises, and a black eye. Some of the more personal details from their relationship and subsequent divorce were made public, as Peter Deibler shared them on the air and Natasha Deibler wrote about them on her blog. Maryland prosecutors eventually dropped the charges against the radio host. 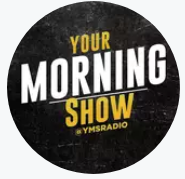 Former Hot 99.5 host Danni Starr said in an Instagram post on Sunday that Deibler’s cohosts have gone to therapy because of the abuse they experienced working with him. Starr left the show in 2016.

“Clearly everybody who is shocked about Kane forced themselves not to see the long line of women who disappeared from the air as if they never existed, disregarded the constant gaslighting on the air,” Starr wrote. “I’m not scared in the least bit anymore. I will speak out for all of us and the women who right now are trying to survive a misogynistic, racist, sexist, abusive co-worker.”

During Monday’s broadcast of Your Morning Show, host Intern John said, per WJLA: “We know you’re not dumb. You notice, obviously, there’s a voice missing this morning, and although he is still part of our iHeart Family, Kane is no longer on the show. So, I just want to say on behalf of everybody, we are beyond grateful that he paved the way for us to be here. I mean, 14 years is amazing … From all of us, we appreciate everything Kane did. He put us together and taught us the way, so we’re grateful for him.”
Posted 3:38:00 AM