The Federal Communications Commission, backed by the Department of Justice, is asking the Supreme Court to weigh in on what's become a rather lengthy fight over media ownership rules. according to The Hollywood Reporter. 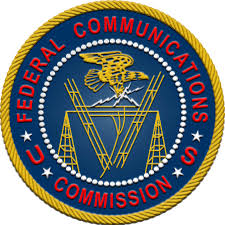 All the way back in 2002, the media regulatory agency reviewed rules as part of a mandate under the Telecommunications Act. The FCC decided that in light of new media sources like the internet, it no longer made sense anymore to maintain a ban on a given company owning a local newspaper and broadcast station in a single market. But the repeal of the ban ran into the Third Circuit Court of Appeals, which has since repeatedly put its foot down to attempts at deregulation. "Here we are again," began an opinion last Sept. 23 by Circuit Judge Thomas Ambro, who faulted the FCC for failing to adequately explain how the rule change would lead to more female and minority ownership of media outlets.

The FCC believes that the Third Circuit has overstepped itself by turning a review of rules meant to ensure healthy competition of viewpoints into a test of what best promotes diversity.

In a petition filed on Friday, Solicitor General Noel Francisco leads a team knocking the lower appellate court for having "flouted bedrock administrative-law principles that require judicial deference to agency policy choices, as well as this Court’s repeated FCC-specific admonitions that courts must respect the Commission’s reasonable judgments about what measures will best serve the public interest."
Posted 3:35:00 AM