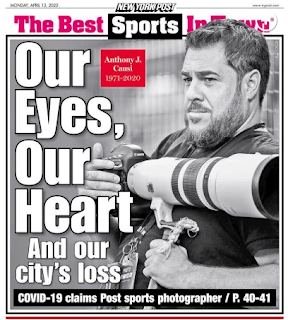 Anthony Causi, a longtime photographer for The NYPost whose prolific talent and larger-than-life personality made him a beloved and respected figure throughout the New York sports world, died Sunday from the coronavirus at North Shore University Hospital. He was 48.

“Anthony Causi was our colleague, our friend, and a brilliant journalist,” Stephen Lynch, The Post’s Editor-in-Chief, said. “He was, quite simply, one of the best sports photographers in New York City, capturing all the major moments of the past 25 years. Soft-spoken, funny, but most of all kind — he was respected by those he photographed and admired by those with whom he worked.

“The Post that you read, and the newsroom that we work in, are less colorful today because of his absence. Our hearts go out to his family, and we share their grief.”

A Brooklyn native who grew up in the borough’s Bensonhurst neighborhood, Causi joined The Post in 1994 as a photo messenger, graduated to photo editor and eventually became a full-time journalist photographer, which he called the attaining of a dream. In that role, he chronicled the highs and lows of the Yankees, Mets, Giants, Jets, Knicks, Rangers and more for The Post. 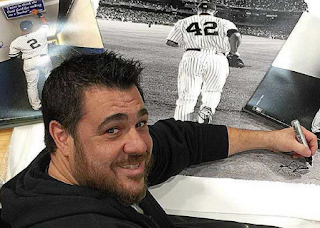 His action shots reflected his knack for being in the right place at the right time — his capturing of legendary Yankees pitcher Mariano Rivera from behind, departing the bullpen and entering a sold-out Yankee Stadium, became his most popular photo — and his portraits of some of those same athletes off the field showed off the plethora of relationships he developed. In 2017, mercurial Mets All-Star Yoenis Cespedes granted The Post access to his ranch in Vero Beach, Fla. — and dressed in cowboy gear — because of the trust he had in Causi.