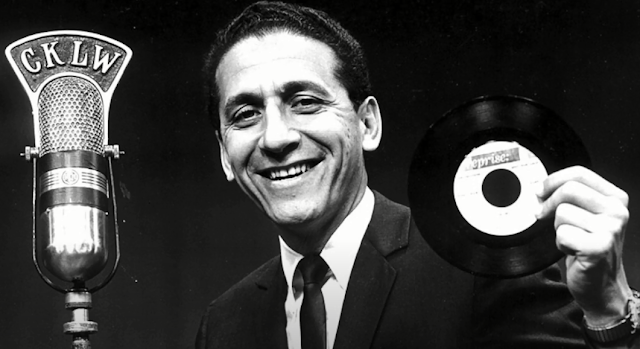 For scores of Metro Detroiters, Robin Seymour shaped many musical memories, according to The Detroit News.

From the pre-rock era and into the 1960s, he was a familiar presence: hosting on WKMH-AM, then hosting "Swingin' Time," a youth-oriented TV dance show.

Decades after the Michigan native left local airwaves, admirers could recall his voice as well as the many songs and artists he introduced.

“He was definitely a very memorable part of many people’s lives,” said Michael Seltzer, a longtime listener who became a friend. “He was one of the most beloved people in our nostalgic Detroit history.”

Seymour died Friday at an assisted living facility in San Antonio, Texas, following a heart attack, relatives said. He was 94.

His death came a year after he authored a book, “The DJ That Launched 1,000 Hits,” which chronicled a trailblazing career.

Following a start on WJBK-AM as a teen, Mr. Seymour headed to WKMH-AM, which later became known as WKNR.

Seymour was also open to playing diverse artists, embracing "sockhops" and catering to youths’ evolving tastes, said his daughter, Deborah Young. “He would always tell you: ‘It’s the kids.’ He loved having the kids call in, be part of the music, be a part of the scene.”

In the 1960s, Mr. Seymour moved to TV and earned renown for “Swingin’ Time” on CKLW-800. The daily broadcast, like “American Bandstand,” showcased entertainers on the small screen with dancing live audiences.

Born March 9, 1926, Mr. Seymour grew up in Detroit, graduated from the city's Central High and attended Wayne State University, according to News archives.

He later served in the Army overseas and worked for Armed Forces Radio, his daughter said.

After returning home, Mr. Seymour started out working for 90 cents an hour at WKMH and had to ride two buses to reach the job in Dearborn, Young recalled.

When “Swingin’ Time” left the air by the early 1970s, the host went into marketing and relocated to California, eventually leading a production company involved in infomercials and promotional videos, Young said.

Over the years, Seymour returned to Metro Detroit for multiple reunions honoring radio greats, including in September, when he also spent hours greeting hundreds of well-wishers while promoting his book, Seltzer said. “That was just a wonderful opportunity to see so many people that loved him.” 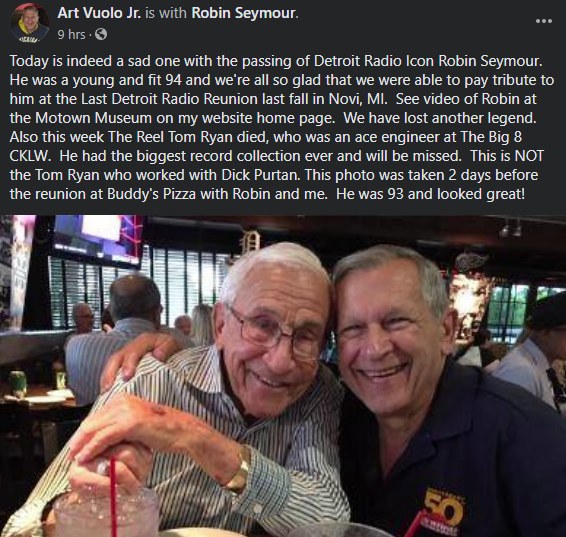