43,000 unionized Disney World workers will be furloughed starting April 19, in the largest wave of employees to be sent home without pay since the resort closed in mid-March because of the coronavirus.

Workers will be able to keep their healthcare benefits or the length of the furlough period, or up to a year, according to the coalition of unions representing Disney World employees; ~200 union workers deemed essential will stay on the job.

With the latest addition, Disney World is poised to furlough most of its 77K employees, both union and non-union, nearly tripling the unemployment rate in the Orlando, Fla., metro area. to 8.5% now, according to data from the state.

“Things are really looking bad,” said Hector Sandoval, a University of Florida economics professor, about Disney’s furloughs. “The economy is going to take time to recover.” 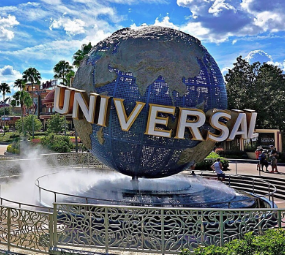 And as the workers are furloughed from the world’s vacation capital, it creates a ripple effect at the airport, with rental car companies and elsewhere, University of Central Florida economist Sean Snaith said.

“All the suppliers that will normally actively be engaged with Disney and doing business with Disney have gone idle as well,” Snaith said.

Elsewhere among Orlando’s major theme parks, The Orlando Sentinel reports Universal Orlando Resort, which employs about 25,000 people, has promised to pay the full wages to its employees through April 19 as its theme parks are closed at least until May 31.

Starting April 20, “nearly all our team members will be paid at 80 percent of their pay – and we will ask them to adjust their work accordingly,” the company has said in an emailed statement.

Part-time Universal hourly workers will get furloughed without pay beginning May 3.
Posted 1:41:00 AM