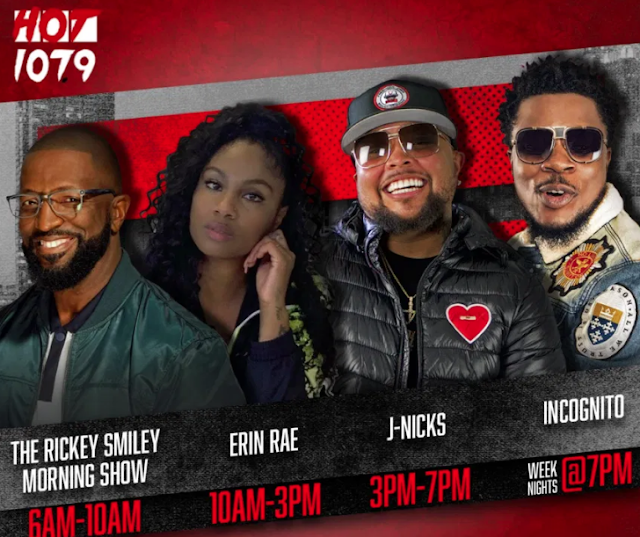 Urban One Atlanta has announced their new on-air line up for Hip-Hop WHTA 107.9 FM.

Starting Monday, April 20th , Erin Rae who has been with the station for two years will now takeover middays. J Nicks who has been responsible for the tremendous ratings success at night as part of the Durrty Boyz Show will move to afternoon drive with interactive features, entertaining interviews and more. Following in J Nicks footsteps, Incognito returns to Atlanta to bring his “Posted On The Corner” show with the best mixes, entertainment news and contest, every night from 7pm-12m.

Incognito fresh sound with his national show produced by Radio One will be based in Atlanta clearing in many markets including Dallas, Detroit, Cleveland, Cincinnati, and Columbus, OH.

“This year as we celebrate our 25th year of the station,” said Tim Davies Regional VP and GM, “we have refreshed the line up with names you know and new talent as we go into the next 25 years.”

Program Director, Tap Money said, “We here at Radio One Atlanta are elated to see these amazing talents lead HOT 107.9 into the new decade. Erin Rae and J Nicks have worked very hard for these new opportunities and we are all very proud of them. Incognito is no stranger to Atlanta and I have no doubt he will charter nights to new and greater heights.”
Posted 4:14:00 AM