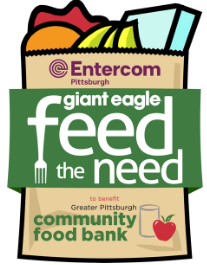 “It’s days like today that make you so proud to be a Pittsburgher,” said Michael Spacciapolli, Senior Vice President and Market Manager, Entercom Pittsburgh. “When you combine the connectivity of local radio with the strength of this great city amazing things can happen, as we were witness to with ‘Feed the Need.’ On behalf of our amazing team at Entercom Pittsburgh, I want to thank the entire city for stepping up to help our neighbors in need.” 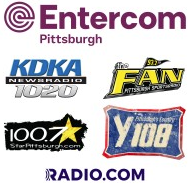 “We are so grateful for the support today from Entercom and its vast network of listeners and partners,” said Lisa Scales, President and Chief Executive Officer, Greater Pittsburgh Community Food Bank. “This is a testament to what we can do as a community in times of crisis.”

The initiative, which had a goal of 100,000 meals, was part of the companywide Stay Connected campaign which aligns its crisis efforts in producing impactful and compelling content, promotions and partnerships to support local communities. “Feed the Need” was broadcast live on News Radio 1020 KDKA (KDKA-AM), 93.7 The Fan (KDKA-FM), 100.7 Star (WBZZ-FM) and Y108 (WDSY-FM) on Tuesday, April 14 from 7:00 a.m. to 5:00 p.m. ET. Listeners were encouraged to donate online and via phone call or text message.

Greater Pittsburgh Community Food Bank distributed more than one million more pounds of food in March 2020 than was distributed in March 2019. The Food Bank has also seen an increase of 543 percent of people coming to the warehouse for support. Greater Pittsburgh Community Food Bank was founded in Pittsburgh’s Hill District in 1980 to support those dealing with unemployment after the collapse of the steel Industry.
Posted 1:08:00 AM