“Supporting first responders is our mission, which is why we are working alongside public safety in delivering the nation’s only Congressionally mandated first responder network that’s there when those that serve us need it most,” said Jason Porter, Senior Vice President, FirstNet Program at AT&T. “Through First Responder Fridays, we are honored to help celebrate and thank the men, women and their families on the front lines of the COVID-19 pandemic for the commitment they’ve made to all of us.” 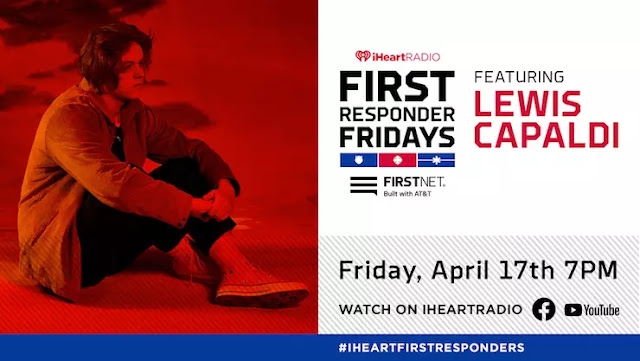 Beginning this week, Ryan Seacrest will ask listeners on air on iHeartRadio stations across the country, online and through social media to share stories of how their lives have been positively impacted by Police, Fire, EMS and Hospital workers by using #iHeartFirstResponders on social media and calling 1-833-3FRIDAY.

On Air with Ryan Seacrest will kick off “iHeartRadio’s First Responder Fridays with FirstNet, Built with AT&T” April 17 and run every Friday through May 8, flooding the airwaves throughout the day on more than 90 CHR iHeartRadio stations across the U.S. and on the iHeartRadio app with #iHeartFirstResponders personal messages of thanks from listeners and paying tribute to first responders and health professionals.

Each day-long on air tribute will culminate at 7 p.m. ET / 4 p.m. PT with a radio special program on iHeartRadio CHR stations nationwide and on YouTube featuring a superstar artist, performing a 30 minute set of their biggest hits, dedicating songs to First Responders and their families and helping to raise money for organizations supporting those on the front lines.  This Friday’s performance will feature Lewis Capaldi.

In honor and support of these first responders and medical professionals, AT&T is committing  $5.5 million to provide much needed support in the form of nourishing meals through World Central Kitchen, Feeding America, Salvation Army and Team Rubicon. Through “iHeartRadio’s First Responder Fridays with FirstNet, Built with AT&T,” iHeartMedia, AT&T and its FirstNet program hope to raise even more money by encouraging listeners and viewers to support these four amazing organizations. Listeners can Text TOGETHER to 20222 to donate $10 to support these four amazing organizations.

FirstNet – built in public-private partnership with the federal government – is the only nationwide high-speed broadband communications platform dedicated to and purpose-built for America’s first responders. Using all AT&T LTE bands and already covering 99% of the U.S. population, the FirstNet network is helping public safety connect to the critical information they need – every day and in every emergency.
Posted 2:24:00 AM