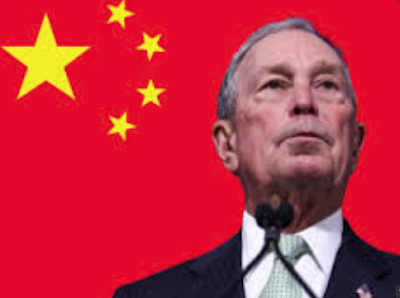 It's a story that spans decades, exposes corrupt Chinese politicians and shows the lengths Bloomberg L.P. will go to protect its profit, Fox News reports.

It begins in China in 2012, when a team of hard-nosed journalists at Bloomberg News started investigating the ties between the Communist Party and the country's wealthiest citizens.

Their reporting hit a little too close to home and the higher-ups at Bloomberg News killed it, firing the reporter who questioned the decision and attempted to silence his wife by pressuring her for years to sign a non-disclosure agreement.

The story, reported by NPR on Tuesday, untangles the twisty tale behind Bloomberg's decision to cave to threats by China's ruling party because they were worried about repercussions by Beijing. Instead of standing by their reporters, Bloomberg turned on them and took it a step further when it tried to get author Leta Hong Fincher, the wife of then-Bloomberg Beijing correspondent Mike Forsythe, to also keep quiet.

Forsythe was part of Bloomberg's team of reporters looking into the mass accumulation of wealth by China's ruling class. Their investigative reporting got them on Beijing's radar, and the Chinese ambassador purportedly warned Bloomberg executives about publishing further exposés.

The team's next round of reporting focused on Chinese leaders' ties to Wang Jianlin, the country's richest man, as well as the family of President Xi Jinping. At first, Bloomberg editors seemed to be excited about digging deeper into China's most influential leaders, but soon the media outlet's bigwigs back home decided to drop the story.

A Bloomberg News spokesperson declined to comment to Fox News.
Posted 1:31:00 AM