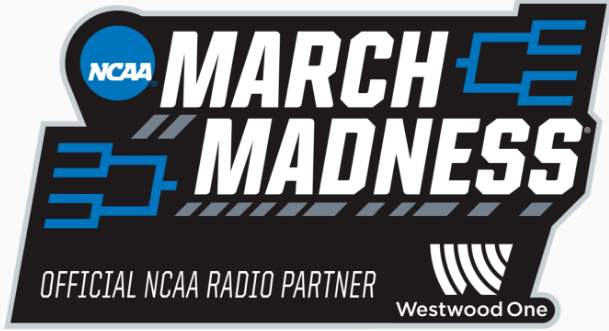 Brace your brackets! Westwood One will tip off coverage of the 2017 NCAA Division I Men’s Basketball Championship on Tuesday, March 14, 2017.

Fans will be able to hear full play-by-play action from all 67 men’s basketball games, including the First Four®, games from all eight first-round and second-round sites, plus regional semifinals and finals. In addition, Westwood One will broadcast the NCAA Men’s Final Four® on Saturday, April 1, and the National Championship Game on Monday, April 3, in both English and Spanish, live from University of Phoenix Stadium in Glendale, Arizona.

Where to Listen
Westwood One’s complete NCAA Men's tournament coverage can be heard on more than 500 radio stations nationwide and via SiriusXM. All 67 Division I men’s games will also be streamed online for free at NCAA.com/MarchMadness and on westwoodonesports.com. Additionally, the broadcasts will be available for fans on mobile devices via NCAA March Madness Live, TuneIn.com, and the free TuneIn app.

All-Star Broadcast Team
The trio of Kevin Kugler, Hall of Fame Coach John Thompson, and Clark Kellogg will announce all the action for the Final Four and the National Championship in English. The Spanish-language broadcast will be called by Rafael Hernandez Brito, Greivis Vásquez, and Clemson Smith Muñiz.

Kellogg will be doing double-duty in Glendale, simultaneously serving as a studio analyst for CBS Sports and Turner Sports’ television coverage. Immediately following the pregame show broadcast on the TV set, Kellogg will make his way courtside to the Westwood One radio broadcast position to join Kugler and Thompson. Then he will rejoin TV for halftime before repeating the process in the second half and postgame.

Jim Gray will serve as courtside reporter and three-time NCAA Player of the Year and Hall of Famer Bill Walton will provide pregame, halftime, and postgame analysis for the Final Four and National Championship. 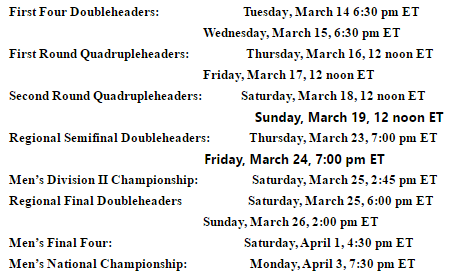 Westwood One also produces an outstanding lineup of college basketball programming, including Great Moments in Tournament History, a 60-second daily historical feature, plus one-hour preview shows The NCAA Tournament Today, The Final Four Show, and Championship Monday.
For a complete schedule of games, announcer bios, exclusive audio content, and a list of radio stations airing Westwood One’s broadcast of the NCAA Men’s Division I Basketball Championship, log on to westwoodonesports.com.