Garth Explains Why He Choose Amazon Over Other Streamers 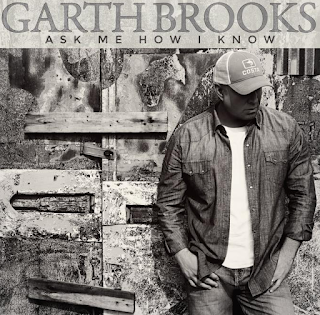 Garth Brooks is making the most of his first visit to South By Southwest, according to USAToday.

In addition to doing a keynote Friday afternoon, the reigning CMA Entertainer of the Year also announced a free outdoor show for Saturday at Lady Bird Lake, sponsored by Amazon Music, which Brooks did an exclusive streaming deal with in October 2016.

He also got to hear the premiere of his new single Ask Me How I Know played live on Austin's KASE 100.7 FM. "It sounds a hell of a lot better on this system that in it does in my truck," he said in a press conference Friday morning here at the Austin Convention Center.

Brooks discussed his decision in October 2016 to enter into an exclusive streaming deal with Amazon and its on-demand Amazon Music Unlimited subscription service ($7.99 monthly for Amazon Prime members, $9.99 for others)

He expects special releases and archival music including demo tracks to be available eventually. "New, old, everything becomes possible with these guys," Brooks said.