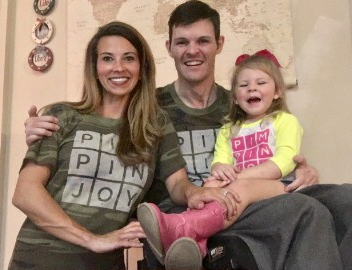 This week, listeners of the syndicated The Bobby Bones Show, which originates at iHM's WSIX 97.9 FM The Big98,  joined efforts to honor wounded U-S Air Force Captain Nathan Nelson, who was paralyzed from the chest down during his third tour in Afghanistan and in need of a home to accommodate his needs.

After sharing his story on air, Bones and his on-air crew announced they would donate proceeds from the sale of camouflage #PimpinJoy T-shirts on TheShopForward.com.