With the TV upfront season weeks away, advertisers are seeking audiences beyond the ones measured by Nielsen, which are based on age, gender and income, mimicking ad buying on the digital side.

Over the next two months, most major U.S. media companies will sell the bulk of their TV ad inventory for the next year in what is known as the upfront market.

Many media companies have come up with their own ways to allow ad buyers to target audience segments, such as an automaker that only wants to reach viewers looking to buy a new car.

Comcast Corp’s NBCUniversal unit recently said it would sell $1 billion of its ad inventory during this year’s upfront market using its in-house Audience Targeting Platform, rather than Nielsen.

Turner, Viacom and Fox say this type of media buying does not work if each company uses its own set of data on its own system. Advertisers are distrustful on the digital side because players such as Facebook Inc and Alphabet Inc's Google create their own measurements, akin to grading their own homework, they say. 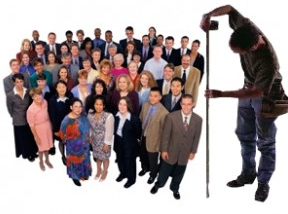 Targeted advertising has mostly been deployed for smaller and one-time ad deals, but "each upfront we’ve been getting more interest and more negotiations on audience buying," said Donna Speciale, Turner’s president of advertising sales.

OpenAP's goal is to allow an advertiser or an agency to define an audience segment or work with the networks to create one, then target that segment across all three companies' TV networks.

“We still handle pricing, inventory, management and negotiations separately,” said Joe Marchese, president of Advanced Ad products at Fox Networks Group. “But we now have a standard definition (of a particular audience segment) so the client only has to do it once.”

A third-party auditor will measure how many times an advertiser’s commercial runs in front of the particular audience.

The three companies sent a letter about OpenAP to advertisers and agencies on Wednesday, and plan a formal event next month, where they will unveil specifics.

“Our hope is that it becomes widely adopted across the TV universe,” said Sean Moran, head of marketing and partner solutions at Viacom.

Nielsen, for its part, applauded the effort by the three media companies and said it plans to help provide some of the data. It said in a statement that verified and audited reporting of delivery "is an important part of what is needed to create openness and transparency in ad buying and selling."