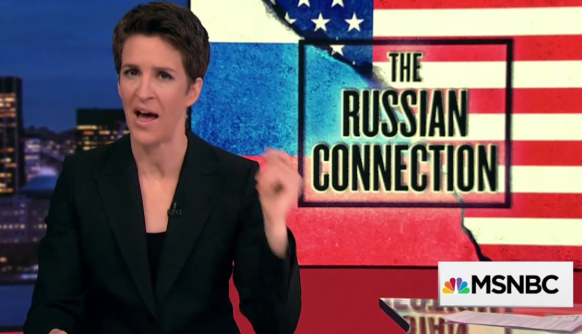 Donald Trump’s presidency so far has helped lift the viewership of some TV programs that go squarely after him, notably MSNBC’s ‘The Rachel Maddow Show,” CBS’s “Late Night With Stephen Colbert” and NBC’s “Saturday Night Live.”

In an interview with The Wrap, she said she has been ignoring many of the Trump Tweet storms in favor of focusing on “what they do rather than what they say.”

Last week, her numbers have gone even higher as she continues to focus on Trump’s Russian ties. On both Wednesday and Thursday nights, Maddow beat Fox News’ Tucker Carlson head to head in overall viewers and in the 25-54 demo. And both nights, she had the highest 25-54 demo of any cable news show.