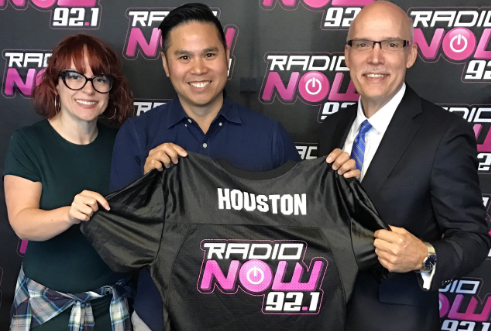 Billboard Magazine lists him as one of the Top Ten Selling Artists of All Time in the Dance/Electronic Sales Chart with the likes of Armin Van Buuren, Tiesto, Moby & others for his various mixed DJ compilations.

Riddler has officially produced & remixed for Major Label Artists like Pitbull, DNCE, Selena Gomez and many more. He was also nominated for Best DJ in 2016 by the Houston Press. As an artist he’s been signed to some of the biggest Electronic Dance Music Labels in the world including: Ultra Records, MCA/Universal, Strictly Rhythm, & Tommy Boy Records.

With the addition of DJ Riddler Houston can look for 92.1 Radio Now to turn up the heat this summer as Riddler has held club residencies from New York (Webster Hall) to Las Vegas (Hard Rock Hotel Pool) along with playing some of the world’s biggest festivals.
Posted 4:54:00 AM