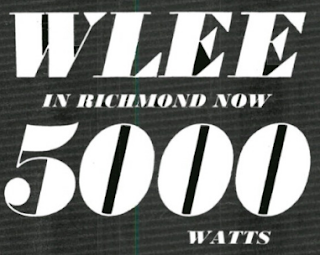 Randy Scott had worked in radio for a few years when he showed up at WLEE 1480 AM to become program director and on-air personality in 1967. What he found was like nothing he had experienced before, reports richmond.com. 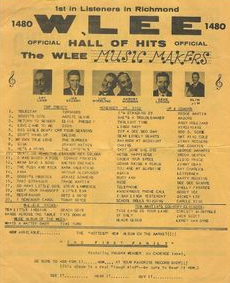 “From the first day I was there, I was just totally amazed,” he said. “I had been at four other radio stations before I got here, but I could not believe the connection LEE had with the community. It just won the hearts and minds of the listeners. Of course, we were playing the hits, but beyond that people really related to the station’s community involvement: the contests, the beauty pageants, the upbeat personalities. It was a combination of those elements that led to its success.”

And led to Scott — all these years later — putting together a documentary on WLEE’s Top 40 heyday.

“It’s a story that I always wanted to tell,” Scott said in an interview. “I always felt out of all the broadcast stations I worked for, WLEE was unique. It helped change the landscape of radio, not only here in Richmond but nationwide as well. WLEE is still included in a lot of discussions about legendary AM stations in America.”

As Richmond Radio Hall of Famer Kirby Carmichael says in the documentary, “The music, the jocks, the jingles are what made WLEE cook.”


The documentary traces WLEE’s inauspicious start in the late 1940s. At the beginning, WLEE operated in a shared frequency deal with Grace Covenant Presbyterian Church, which actually owned the license to the 1480 frequency.

Among the station’s early hires was a young announcer named Harvey Hudson, who would become the heartbeat and mastermind of WLEE. But it wasn’t until 1958 when Hudson had an “epiphany” — as Scott puts in the documentary — that WLEE really began to take off. During a visit to Gary’s Records in Willow Lawn, Hudson was talking to a manager who pointed to a stack of 45s and told him that’s what his customers were buying and that Hudson ought to start spinning those on the air.

WLEE became the first Richmond station to play Top 40 music, and as it appealed to the 18-to-34-year-old demographic — and younger — it roared to the forefront of Richmond radio for the next two decades.
Posted 3:01:00 AM