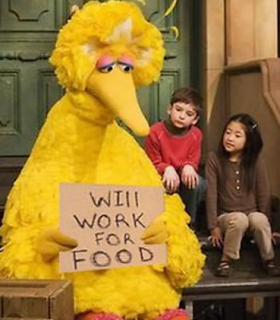 Proposed cuts to federal funding of public broadcasting conjure up images of Big Bird getting pink slipped from “Sesame Street.”

But the impact of the cuts would be a lot closer to home. President Trump’s budget blueprint, released Thursday, would eliminate support for the Public Broadcasting Service and National Public Radio.

The LA Times reports about half of the $445 million provided every year to the Corporation for Public Broadcasting is distributed among 350 member stations to fund the operations of local PBS stations. Many of those outlets provide service to smaller communities who depend on free over-the-air television.

“If this stays at zero funding this is like the tsunami crashing onshore and it’s the little houses will get washed away first because they are totally dependent upon on it,” said Neal Shapiro, president of WNET, the New York flagship station of the Public Broadcasting System. “But then the big houses will start falling too because we are an interconnected system.”

If local TV stations can’t survive, that would ultimately hurt the larger outlets that create much of the programming such as “Nova” from WGBH in Boston and “PBS Newshour” from WETA in Washington that is distributed across the country.

For public radio, federal cuts would hurt the effort by stations to deliver local news — a job that many commercial radio outlets have abandoned due to consolidation and cost-cutting to service debt of their parent companies.

Smaller public radio stations will be at risk of going off the air. Stations in Indiana, Texas, Alaska and other areas receive as much as 30% to 40% of their budget from the public funds because they don’t have access to big sponsors who can underwrite their programs.

PBS recently conducted a study that showed bi-partisan support for government funding of public broadcasting. The study found that 70% of those who voted for Trump say they would tell their elected representatives to find other places in the budget to save money if asked their opinion about eliminating federal funding for public television.

The number was even higher among voters in states that went from Democratic to Republican in the 2016 election, with 85% of voters wanting savings to come from somewhere other than public television.

Public stations are likely to hammer home those points to members of Congress who will have to go home and face the voters affected by the cuts.
Posted 3:23:00 AM