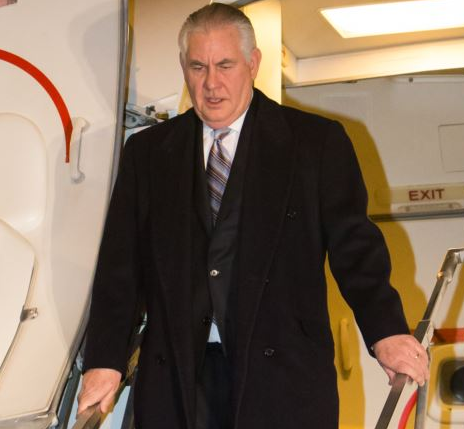 Secretary of State Rex Tillerson on Saturday stood by his decision not to allow a pool reporter to travel with him on his Asia trip, calling himself “not a big media press access person.”

According to The Hill, Erin McPike of the right-leaning Independent Journal Review — the only reporter selected by State to travel with Tillerson — pressed the diplomat about his decision in an interview.

Tillerson claimed the decision not to allow more reporters had to do with a desire to save money, saying the plane “flies faster, allows me to be more efficient” with fewer people on it.

He added that there’s plenty of media in the cities where he’s heading, lowering the need for a traveling press. And he disregarded the tradition of the secretary of State spending time with reporters on flights, saying “that’s not the way I tend to work.”

Tillerson wouldn't commit to bringing a pool reporter on future trips, saying it would be decided on a case-by-case basis depending on his goals.
Posted 9:47:00 AM