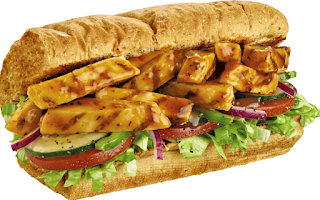 The fast-food chain has slapped the Canadian Broadcasting Corp. with a lawsuit over an TV expose last month that claimed its chicken was only about 50-percent poultry and the rest of it soybeans, The NYPost has learned.

Subway’s is claiming $210 million in damages in the legal flap, blasting the soy-filler allegations from news show CBC Marketplace as “defamatory and absolutely false,” a Subway spokesman told The Post.

“Despite our efforts to share the facts with the CBC about the high quality of our chicken and to express our strong objections to their inaccurate claims, they have not issued a retraction, as we requested,” Subway said in a Thursday statement.

“Serving high-quality food to our customers is our top priority, and we are committed to seeing that this factually incorrect report is corrected.”

CBC Marketplace aired a segment on Feb. 24 called “The Chicken Challenge” that found Subway’s oven-roasted chicken contains a mere 53.6 percent chicken, according to DNA tests, and its chicken strips contain about 42.8 percent chicken.