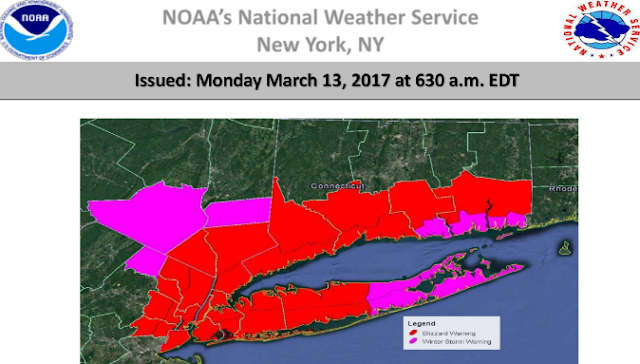 The National Weather Service is denying accusations it knowingly misled the public with its blizzard forecasts this week. On Monday, before the storm hit the East Coast, the agency forecasted up to a foot and a half of snow in New York, but only 7.6 inches fell. In Boston up to a foot was predicted but only 6.6 inches hit the ground. In the nation’s capital, up to eight inches were forecasted, and only about three inches actually fell.

The National Weather Service said it kept predictions high because it worried “a dramatic change in the snowfall forecast could produce an unwelcome result of less readiness and vigilance.”

CBS reports the blizzard did dump massive amounts of snow in many areas in central New York. Binghamton received a record 31 inches of snow. But along the coast, where many of the big population centers are, it was less of a snowmaker than feared, leading some to ask -- what happened with the forecasts.

But that day, some of the agency’s models were already changing. It appeared crippling amounts of snow could miss large cities like New York and Philadelphia. However, the weather service didn’t downgrade its forecasts until early Tuesday morning, when the storm was already underway.

David Robinson, the New Jersey state climatologist, said the fluctuating models posed a dilemma for the weather service.  “I think there’s some room for discussion whether they should have been a little more forthright,” Robinson said.

New York City virtually shut down after some forecasts called for as much as two feet of snow. The storm dumped only about eight inches. The lost business and productivity in the northeast cost $2 billion to $3 billion, according to Moody’s Analytics.
Posted 3:06:00 AM