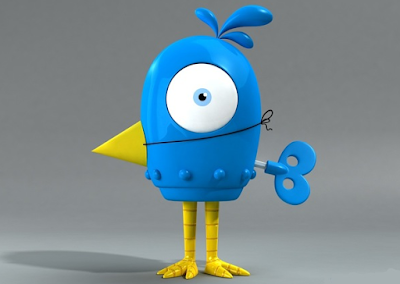 A big chunk of those "likes," "retweets," and "followers" lighting up your Twitter account may not be coming from human hands. According to new research from the University of Southern California and Indiana University, up to 15 percent of Twitter accounts are in fact bots rather than people.

According to CNBC, the research could be troubling news for Twitter, which has struggled to grow its user base in the face of growing competition from Facebook, Instagram, Snapchat and others.

Researchers at USC used more than one thousand features to identify bot accounts on Twitter, in categories including friends, tweet content and sentiment, and time between tweets. Using that framework, researchers wrote that "our estimates suggest that between 9% and 15% of active Twitter accounts are bots."

The report goes on to say that complex bots could have shown up as humans in their model, "making even the 15% figure a conservative estimate."

At 15 percent, the evaluation is far greater than Twitter's own estimates.

A Twitter spokesperson said that while bots often have negative connotations, "many bot accounts are extremely beneficial, like those that automatically alert people of natural disasters…or from customer service points of view."

USC's researchers also highlight the benefits of some bots, writing, "many social bots perform useful functions, such as dissemination of news and publications…"
Posted 3:10:00 AM