As attorney Richard Liebowitz continues to roll out assembly line lawsuits claiming that media companies are posting copyrighted photographs on radio station websites without permission, the accused—Townsquare, Cox, iHeartMedia and Emmis—are firing back. 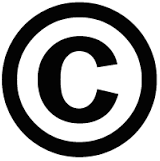 Their consensus: There is no merit to the cases.

As InsideRadio reports on a near weekly basis, the Long Island lawyer has filed motions against many of the top radio station owners, as well as other traditional media websites. Typically, Liebowitz is corralling photographers who have copyrighted their images—many specifically in the New York Post tabloid—and then filed suit alleging that those same photos appeared on station websites sans acknowledgement or payment. Each lawsuit asks for statutory damages of up to $150,000, and court and attorney fees, along with a trial by jury.

In legal documents obtained by Inside Radio, Townsquare, Cox, iHeartMedia and Emmis have each filed responses to the charges that originated in the United States District Court for the Southern District of New York—all using different law firms. And thus, their retorts all vary a bit in language.

Townsquare’s response in the suit filed by Liebowitz for Theodore Parisienne states over and again in defense of numerous claims of damages, “Defendant denies knowledge or information sufficient to form a belief as to the truth of the allegations.” In layman’s language, the radio group says it disagrees that it was even required to obtain permission from the photographer to publish his images.

The document also says that the company acted in good faith without intent of injuring the photographer—and thus statutory damages are out of the question.

Summarizing, Townsquare insists that the complaint be dismissed, and that the radio group be awarded costs and attorney fees.

In a suit against Cox filed on behalf of Ian M. Goldrich, Cox’s attorneys Kilpatrick Townsend & Stockton also insist that the plaintiff’s accusations merit nothing more than dismissal. After each accusation in the original filing, Cox responds, “Defendants lack knowledge or information sufficient to form a belief about the truth of the allegations and thus deny such allegations.”

The media group also says it is protected by the First Amendment and “fair use under the Copyright Act,” while Goldrich’s claims are “barred by the safe harbor provision of the Digital Millennium Copyright Act.”
Posted 3:16:00 AM