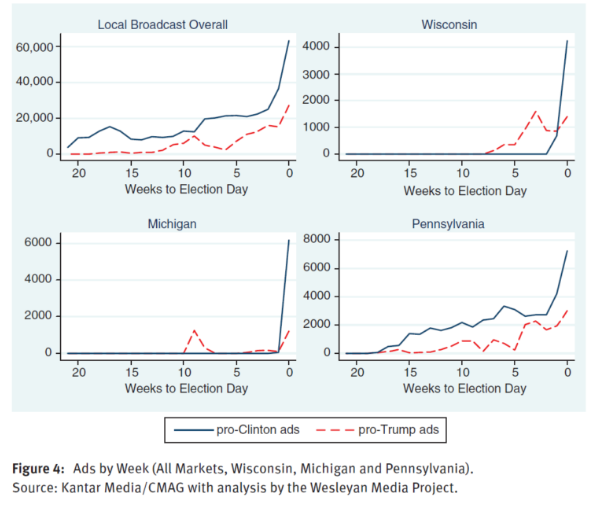 A new study by the Wesleyan Media Project has found that the 2016 presidential campaign run by Hillary Clinton is without a doubt one of the worst-run political operations in years, reports
Heatstreet.com.

Interestingly, the directors of the study dispute the argument that “advertising doesn’t matter” in elections. Clinton’s failure to advertise in certain key states, they argue, was the biggest reason for her defeat by Donald Trump.

The study also backs the view that Clinton’s focus on identity politics and emphasis on condemning her opposition contributed to a campaign message devoid of substance with no clear message on policy.

Published in The Forum: A Journal of Applied Research in Contemporary Politics, the study found that one candidate in particular, Hillary Clinton, “almost ignored discussions of policy.” The study states the lack of advertising effectiveness “may owe to the unusual nature of the presidential campaign with one nonconventional candidate and the other using an unconventional message strategy.”

Clinton, who was widely predicted to win by the mainstream media, suffered unexpected losses in states where she failed to air ads until the final week before the polls. In contrast, Trump advertised in these states (Wisconsin and Michigan) for weeks before he won. 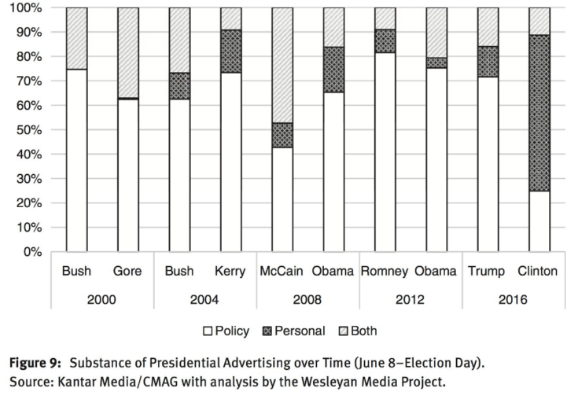 The study also concluded that Clinton’s message was “devoid of policy discussions in a way not seen in the previous four presidential elections.”

“Message matters, and a message repeated endlessly does no good unless it resonates with a sufficient number of the right voters,” the study states. “Team Clinton’s message that Trump was unfit for presidency may not have been enough.”
Posted 3:05:00 AM