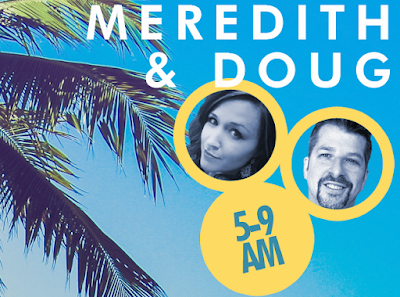 Cumulus Media announces that it has named Doug Durocher as Morning Co-Host with Meredith Dunkel on the Meredith & Doug Show on KMGA 99.5 MagicFM in Albuquerque, NM. The show airs weekdays from 5-9am. Durocher joins KMGA following 10 years as Morning Host on KCXX-FM in Riverside, CA, and on KPOI in Honolulu.

Simmons’ radio career spans many years in Los Angeles; most recently, with CBS Radio’s KTWV and prior to that, as longtime Afternoon Drive Host for iHeart Media’s KOST-FM. He is heard nationally on Westwood One.

Brad Hansen, FM Operations Manager, Cumulus Media-Albuquerque, said: “Bryan and Doug both bring an amazing track record of success and are already having a very positive impact on Magic and the Albuquerque community.”

Durocher said: “I am overjoyed to team with Meredith Dunkel for 99.5 Magic FM’s Meredith & Doug Show. Together, we hope to completely dominate the morning ratings in Albuquerque!”

Simmons said: “I am beyond thrilled to be working with Jeff Berry, Brad Hansen and the entire team of professionals here in Albuquerque as well as Mike McVay, Emily Boldon and Greg Frey, whose guidance I’m so thankful for! I have a great airstaff anchored by a super morning team in Meredith & Doug and I know we’ll make Magic in ABQ!”
Posted 10:18:00 AM