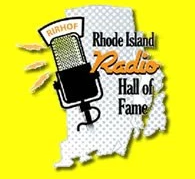 The Rhode Island Radio Hall of Fame, founded in 2008 by local radio professionals, has announced its inductees for 2017:

Johnny Dowd/Jaybeau Jones: By one name or another, he's worked at radio stations in Providence, Hartford, New York, Chicago, Philadelphia and more, including a stint at JB 105 in Providence from 1979 to 1984. He's currently heard on Sirius XM's "70s on 7."

Roger Laliberte: Laliberte started in 1957 with a French-language broadcast on WWRI in West Warwick, moving to WWON in Woonsocket in 1963 and finally WNRI in 1985.

Myrna Lamb: Lamb, who died in 2014, was a radio personality on WHJJ and WPRO in Rhode Island, where she hosted shows on astrology, then general advice. Her advice show was syndicated by NBC from 1990-1993 and ran on 300 stations nationwide.

Tony Mascaro: Program director of WPRO-AM, he worked at New York City radio stations from 1997-2013 before returning to Rhode Island.

Dick Rakovan: He was general manager at WPRO (AM and FM) from 1974 to 1979. In 1979, working for Outlet Broadcasting, he swapped AM 920 for a Taunton FM station he renamed WSNE. He is retired senior vice president of the Radio Broadcasting Bureau.

Frank Kingston Smith: Smith started his radio career in 1967 at WICE, and he migrated to Boston, then New York, then back to Boston.

Station of the Year: The award goes to I Heart Media Providence to recognize a successful multi-station food drive.

Legacy Station of the Year: This one goes to Top 40 station WICE-AM.

The official induction banquet for the Class of 2017 will take place at the Twin River Event Center in Lincoln on May 4.
Posted 9:12:00 AM