Gary Sandy will be back on the radio this weekend, in a way, just as he was years ago, in a way.

According to Kentucky.com, Sandy's mother now lives near Cynthiana, KY, and this weekend, he is lending his name and talent to support the reviving Rohs Opera House by playing Scrooge in Tony Palermo's A Christmas Carol Radio Drama with the Rohs Theatre Company.

Sandy says he was particularly attracted to the Christmas Carol production because it was in a radio drama format, a genre he has worked in for several years. The actors come to microphones to play their parts, and a team of Foley artists creates sound effects, including Jacob Marley's chains, street sounds and drinks being poured. 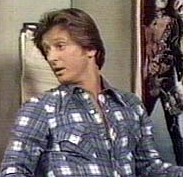 "I never felt like it (radio) got its just dues because you'd get in your car and flip a dial and this stuff would just come out of the speakers and you never paid too much attention to it," Sandy says. "But I thought it was great, because I loved acting, and I loved music, and suddenly I found myself on a show that had all three in the same thing.

Sandy is quick remind his career goes well beyond WKRP, including stage work as the Pirate King in The Pirates of Penzance on Broadway, in the blockbuster early-1980s production that initially starred Kevin Kline and Linda Ronstadt.

In fact, before WKRP, he had built a reputation playing heavies on the daytime dramas Another World and As the World Turns.