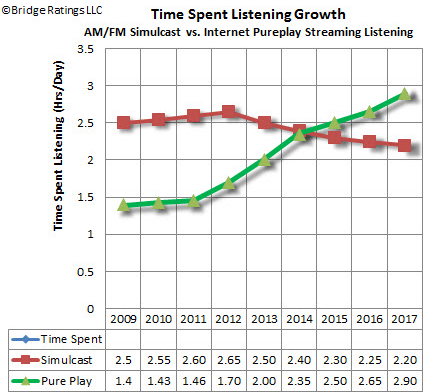 RAIN reportsVan Dyke is presenting a chart that projects listening hours for online pureplay tovertaking online AM/FM simulcasts in 2015. He found levels for both listening styles were about 2.4 hours a day in 2014, as daily time spent listening to simulcasts has declined 9.4% since 2012, according to Bridge Ratings.

According to Bridge’s survey, the inability to personalize their listening was the reason why 85% of respondents said they listened less to terrestrial radio broadcasting online.
Posted 3:45:00 AM