CBS Radio To Present 'The Night Before' Super Bowl Concert 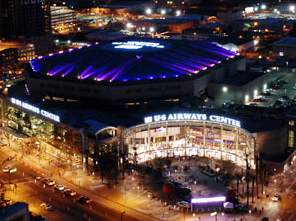 CBS Radio today announced the lineup for "The Night Before",  an exclusive concert the evening prior to football’s national championship, featuring live performances from some of country music’s biggest stars, including Jason Aldean, Dierks Bentley, and Florida Georgia Line.

The one-night-only event will take place on Saturday, Jan. 31, 2015 at US Airways Center in Phoenix, Ariz. Award-winning singer and songwriter Bentley made the official announcement this morning on CBS Radio’s Phoenix station, KMLE 107.9 FM.

“I’m excited to be part of a huge night in country music the night before the biggest event in sports...in my hometown!” said Bentley. “We’re about to take tailgating in Phoenix to a whole new level.”

“There’s no bigger sporting event than the Super Bowl, and what better way to celebrate the greatest championship in the world than with a star-studded concert event The Night Before,” said Amy Stevens, Senior Vice President, Strategic Events and Partnerships. “We had an amazing inaugural show in 2014 with the Red Hot Chili Peppers in New York, and we’re thrilled to present the next installment in this emerging tradition with some of this generation’s greatest country acts.”

American Express Card Members will have access to tickets before the general public beginning Monday, Dec. 15 at 10:00 AM, MT through Thursday, Dec. 18 at 10:00 PM, MT. Tickets go on sale for everyone through Ticketmaster on Friday, Dec. 19 at 12:00 PM, MT.  For more information, visit www.Radio.com/TheNightBefore – the online home for the event, with performing artist news and exclusive coverage of the show.

Additionally, music fans across the nation can win premium tickets to the concert through Radio.com’s VIP sweepstakes or by listening to their favorite CBS Radio country and sports stations. Winners will also receive an exclusive travel package to Phoenix, including tickets to the Super Bowl courtesy of Bud Light.
Posted 8:44:00 AM