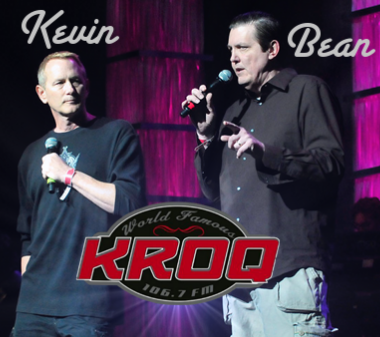 The National Association of Broadcasters (NAB) announced today that the long-running Kevin & Bean Morning Show, which airs on CBS Radio’s KROQ 106.7 FM in Los Angeles, will be inducted into the NAB Broadcasting Hall of Fame.

The induction will occur during the NAB Show Radio Luncheon, held Tuesday, April 14 in Las Vegas.

"The talented team of the ‘Kevin & Bean Show’ is a true radio success story,” said NAB Executive Vice President of Radio John David. “The morning show has made a huge impact on Los Angeles with its mix of music, entertainment and humor that has resonated with Southern California listeners for decades.”

Dan Mason, President and CEO, CBS Radio said, "Kevin and Bean have been dedicated entertainers and broadcasters in Los Angeles for more than two decades with their own sense of humor that will never be duplicated. This award is truly a well-deserved recognition of a job well done. I couldn’t be happier for them and the entire team."
Posted 9:49:00 AM