SiriusXM May Have Found A Pre-'72 Hits Lifeboat 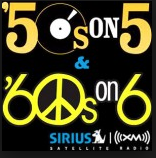 SiriusXM recently suffered a series of disastrous courtroom defeats that threaten to harm not just its own digital radio service, but other companies — from YouTube to FM radio — that also play oldies from before 1972. In response, SiriusXM is pinning its hopes on an oldie of its own, in the form of a 1940 copyright case.

According to Gigaom.com, the case in question concerns phonograph records, and SiriusXM is asking a New York judge to use it as a basis to reconsider her finding in November that based on state laws, performers from the band The Turtles deserve an unprecedented copyright payout when companies play their old songs.

SiriusXM believes U.S. District Judge Colleen McMahon overlooked the phonograph decision’s significance. A further report, meanwhile, suggests the company scored a point when the judge this week said she hadn’t considered the case and that it “might require her to rethink the ruling.”


we think that the “common-law property” in these performances ended with the sale of the records and that the restriction did not save it; and that if it did, the records themselves could not be clogged with a servitude.

Now, 65 years later, the case could prove decisive in the high stakes dispute between SiriusXM and the music industry. If the 1940 rule does not stand, and the Turtles’ position prevails instead, it will mean bring higher music prices for everyone, and yet another expansion of U.S. copyright law.

The Turtles claims are also just the tip of the iceberg, since every other performer (or their heirs) will be in a position to make claims over unpaid per-1972 royalties too. This could represent a major financial blow to radio stations and to music websites like YouTube and Vimeo, and would likely lead them to simply pull most oldies music from their playlist altogether.
Posted 4:55:00 AM