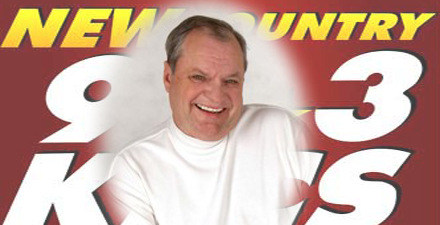 Terry Dorsey, a fixture in DFW radio since 1981 and the longest-running current host on local FM radio, announced Tuesday morning on Country KSCS 96.3 FM’s Hawkeye and Dorsey show that he is retiring, effective Dec. 17.

“After 47 years in the broadcasting business ... I’ve decided with a little sadness that it’s time to step down,” Dorsey said, adding that he’ll be glad to sleep in and hand the reins to his co-host Mark “Hawkeye”.

Dorsey started his radio career in the late 60's at WFKY in Frankfort, Kentucky. He then made stops in Richmond, Indiana; Colorado Springs, Colorado; and Dayton, Ohio before arriving in Dallas in 1980 to do mornings on KPLX. Dorsey moved across town to KSCS in July, 1988 and has been a fixture on KSCS ever since.

Dorsey is a Vietnam War veteran, serving as a Combat Engineer in the Army. He was inducted into the Country Radio DJ Hall of Fame in 2006, and into the Texas Radio Hall of Fame in 2007. He has also won the CMA, AMA, and Billboard Major Market Personality of the Year Awards.

In 2010, Dorsey gained worldwide recognition when an April Fool's prank got the attention of almost all the major news outlets and organizations including ESPN and CNN. Eddie Gossage, general manager of Texas Motor Speedway, offered Terry $100,000 if he would "legally change his name" to TexasMotorSpeedway.com!

Mark “Hawkeye” Louis, KSCS Morning Co-Host said: "There are people in the metroplex that have never heard Dallas radio without Terry Dorsey, and I've worked with him almost all of my career. I'm in shock along with everyone else. I wish him a wonderful retirement!"

J.R. Schumann, Operations Manager for KSCS/KPLX said: "What an honor it's been to work with a broadcast giant like Terry Dorsey. This has been a milestone in my career, and I'm fortunate for having been able to attach my name to part of his legendary career. I think I can speak for most people when I say Dallas radio won't be the same without Terry's voice in the morning! I wish him nothing but the absolute best in his retirement!"

Dan Bennett, Regional Vice President/Market Manager for Cumulus Dallas/Houston said: "Terry's contribution to Dallas/Fort Worth radio is monumental. He is an Iconic figure in our industry and we are all better because Terry Dorsey was in it.” ouis and producer “Trapper” John Morris.

The departure will breaks up a duo that has been together for more than 25 years, since 1988 when Dorsey, Mark “Hawkeye” Louis and others made up what was became known as The Dorsey Gang.

“I saw him mature from his Barney Fife mode,” Dorsey said, “To the mature morning-show host he is now. ... I’ve spent more time with him that I have with my wife!”

Dorsey says that his post-radio plan is to hook a trailer to the back of his truck and move to Illinois, where his wife has relatives.
Posted 1:57:00 PM