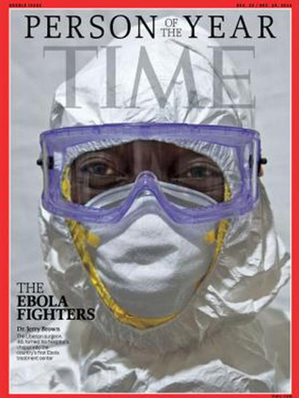 Time Magazine named Ebola caregivers as its Person of the Year Wednesday, recognizing a team of doctors, nurses, researchers and volunteers who have battled against the difficult-to-treat disease during its 2014 West African outbreak.

At least 17,800 people have been infected with the virus during the 2014 Ebola outbreak. More than 6,300 of those people have died.

There's no cure for Ebola, which crossed borders in 2014: A handful of patients were diagnosed in the U.S. and Europe this year.

The five represent all who dedicated their year to treating and curing the disease.