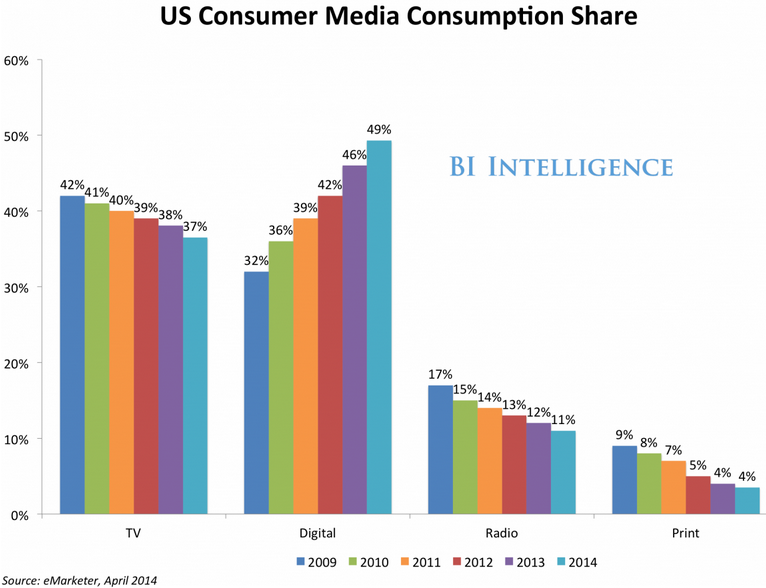 About 26% of customers who call US cable TV companies request "internet only" service, according to a survey of those calls by mobile advertising technology company Marchex. Of those customers, at least 60% actually end up getting internet-only service, Marchex says.

Business Intelligence reports the survey results — which came from 500 random phone calls via Marchex's Call Analytics customer phonecall monitoring technology — show that people increasingly don't want to pay for old-fashioned TV. (Name one other industry where one in four consumers calls up the company to ask not to have access to its main product?)

In place of TV consumers want the internet — through which they can get the video they want, which can also include TV programming — instead.

And numbers from BI Intelligence show that digital media — following a boom on the mobile web — is about to replace TV as the top venue for both audience share and ad revenue.

TV has been relegated to second-rung status by the arrival of mobile media, in just the same way that newspapers and radio were demoted by the internet.

Like newspapers and radio, TV still has a massive audience and commands lots of ad revenues. But TV's audience simply isn't as big as the audience being corralled by Google, Facebook, Apple and their competitors.