If you wonder what are the most-played Christmas songs on iHeartMedia stations nationwide, Walt Hickey at FiveThirtyEight.com has the answer.

He pulled the most recently played 8,000 songs on 70 iHeartMedia4 soft rock, variety and oldies stations that had flipped to their holiday format. These are the most-played songs on holiday radio: 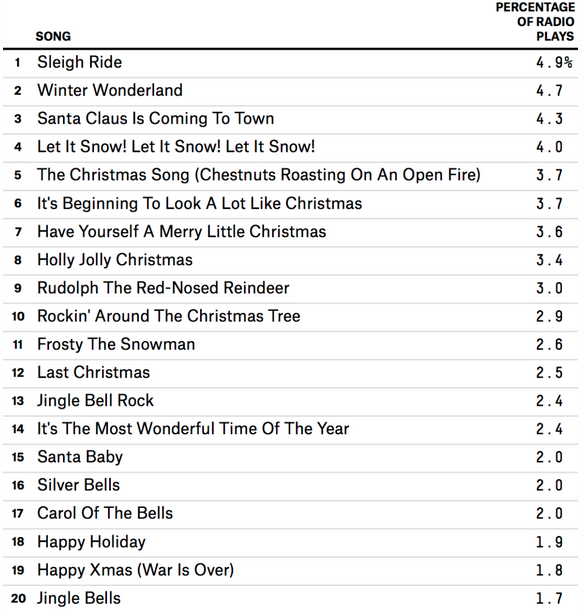 If you think the same songs are played over and over and over, you’re right. The top 15 songs compose half of the music played on holiday radio; the top 53 songs make up 90 percent of the spins.
And for a holiday ostensibly about a religious figure’s birthday, the most popular songs on the radio are vastly secular.
Posted 6:27:00 AM