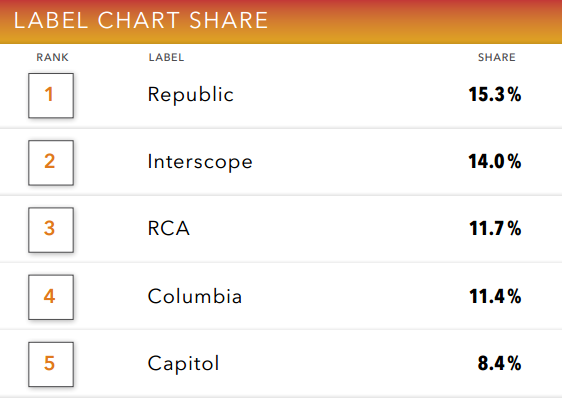 Mediabase has issued it's year-end music charts and has declared Republic as the #1 overall music label in Mediabase chart share.

Among the label’s accomplishments for 2014 are: