L-A Radio: Mark Thompson Signs For AM Drive At KSWD 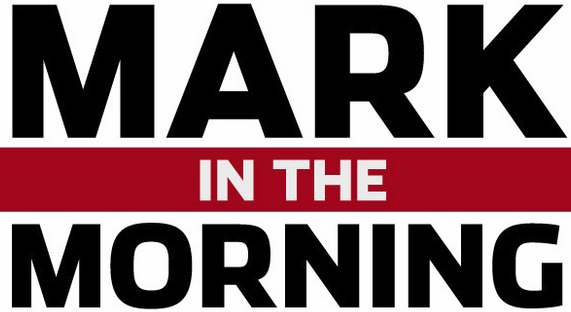 This marks not only Thompson’s return to Los Angeles following his departure from KLOS-FM in August of 2012, but also his return to broadcast radio.

“For me to return to mornings on LA’s white-hot radio station, The Sound, is beyond exciting,” said Thompson. “I want to thank Peter Burton and Dave Beasing for their unbridled passion in making this happen. To all my old and new listening friends in LA: You should brace yourself, my people, because there is an entertainment storm coming and an umbrella won’t help you.”

“Mark’s return is probably the biggest thing to happen to LA radio since his departure. There’s been a huge void in local morning radio,” said Burton. Added Beasing, “The Sound will continue to be all about the music, and Mark will create a daily shared experience that Classic Rock fans won’t want to miss.”

The new morning show comes at a time when 100.3 The Sound is posting its best ratings since it appeared on the scene in 2008. So far in 2014, the station’s audience has increased a remarkable 77% (6A-Mid Mon-Sun 6+ Average Quarter Hour, Nielsen Audio).

About the team he’ll be working with at The Sound, Thompson said, “I will once again embrace my dear friends Joe Benson, Rita Wilde, and Cynthia Fox from my KLOS days.” Thompson is the latest of several iconic Rock DJs to join The Sound staff, including Uncle Joe Benson (formerly of KLOS and KCBS), Cynthia Fox (KMET, KLSX) and Rita Wilde (KLOS, KEZY).

Starting in February, Joe will segue to middays on The Sound, beginning each program at 10 AM with The Sound’s “10 at 10,” featuring “10 great songs from 1 great year.” Middays on The Sound are currently hosted by Andy Chanley, who will join the cast of “Mark in the Morning” working with Thompson. Julie Slater will continue to host afternoon drive on The Sound.

About Mark Thompson: Mark has been working in radio for 45 years and been doing morning radio for 35 years, 25 of which were spent here in Los Angeles. Mark received the Marconi award, considered to be the Academy Award of the radio business, and was named “Air Personality of the Year” by Billboard Magazine on two different occasions. He won an Emmy Award for co-hosting the Andy Griffith Christmas Special for Fox, and he received his star on the Hollywood Walk of Fame, located directly in front of the Hollywood Wax Museum.
Posted 4:09:00 AM