Westwood One Goes Backstage At BBMAs

Westwood One is celebrating the hottest artists in music as official promotional partners of the “2019 Billboard Music Awards.”

Westwood One, through its partnership with dick clark productions, will offer its broadcast partners, stations, advertisers, and music fans a myriad of branded content and promotions across multiple platforms. 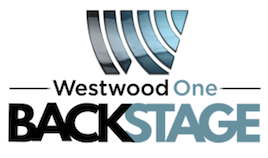 10 Tune-In Highlights:
Westwood One Backstage at the Billboard Music Awards takes place in the MGM Grand in Las Vegas, NV.