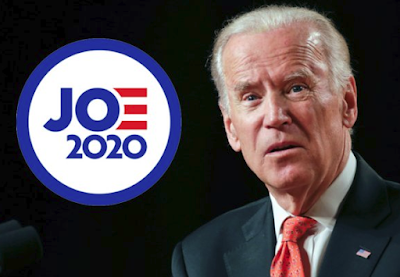 Former Vice President Joe Biden said at a Philadelphia fund-raiser Thursday that the country’s moral fabric was being “shredded” by President Donald Trump, and declared he would work as president to “restore the American creed,” according to philly.com.

“We have to start choosing truth over lies, hope over fear,” Biden said at a fund-raiser attended by about 150 people at the suburban Philadelphia home of David L. Cohen, senior executive vice president of Comcast Corp. and a former Democratic operative, and his wife, Rhonda.

The fund-raiser capped Biden’s first official day as a presidential candidate, following the release of a morning video announcing his candidacy and a swing through his hometown of Wilmington. Biden is scheduled to head to Pittsburgh on Monday. 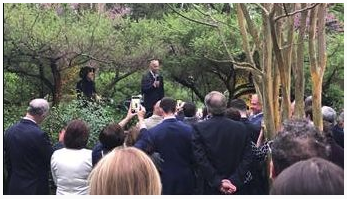 Speaking for about 15 minutes on the Cohens’ back patio to a crowd of elected officials, lawyers, corporate executives, and others, Biden lamented what he described as Trump’s “constant attack[s] on the courts, the press, even the Congress.”

Part of the answer to the country’s woes, Biden said, is to start treating each other better. Paraphrasing the 18th-century German philosopher Immanuel Kant, he said, “People should never be treated only as a means to an end, but an end in themselves.”

In addition to restoring the moral character of the country, Biden said, he would restore the middle class and unite the country.

“Economic dignity,” he said, is the key to a healthy country — “not just GDP.”

Guests were asked to contribute up to $2,800, the maximum individual donation for the primary campaign.
Posted 1:21:00 AM