Still just thinking about cord cutting? Well, according to Cord Cutter News, this price hike may make you finally cut the cord. 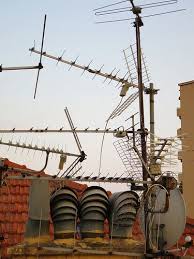 With this new price hike over the last year, Spectrum has raised its broadcast TV fee $3.14 a more than 20% jump in the fee cable TV customers pay for content that is free over the air.

“Spectrum’s latest fee increase is particularly outrageous, as Spectrum customers just saw their monthly fees — including this same broadcast TV fee — increase in November. Customers are fleeing pay-TV companies in record numbers, in part due to ever-increasing bills riddled with confusing, mandatory fees buried in the fine print. But rather than change their ways, cable industry giants like Spectrum continue to use their near-monopoly grips to extract more money from their existing customers to pad their profits.” Said Jonathan Schwantes, senior policy counsel for Consumer Reports.
Posted 2:22:00 AM