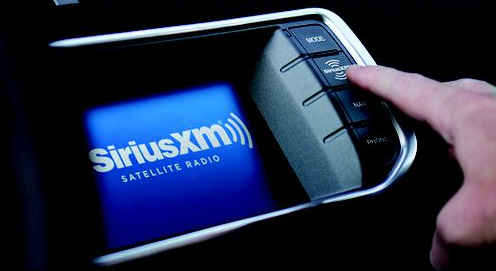 "SiriusXM's first quarter of 2019 was an exciting time for the company. We're thrilled to have completed the Pandora acquisition on February 1st and have been working quickly to integrate and coordinate the operations of the two businesses. The year is off to a strong start, and today we are issuing combined guidance for 2019 that shows continuing revenue, adjusted EBITDA and free cash flow growth," said Jim Meyer, Chief Executive Officer, SiriusXM.

"With the addition of Pandora to SiriusXM, we now have more to offer subscribers and listeners than ever before. Last month we created Pandora's first-ever content team, and those talented professionals launched our first joint offering, Pandora NOW, a full-time SiriusXM channel and Pandora station and playlist, curated from Pandora data of the top-trending artists. In addition, we announced an array of SiriusXM's top sports, comedy and talk hosts' shows are now available as podcasts on Pandora. We also added more than 100 new music channels on the SiriusXM streaming platform — the largest addition ever — all of them based on our existing popular channels but perfectly crafted to fit any mood, occasion or activity," added Meyer.

"Solid revenue growth and strong performance from adjusted EBITDA has put the year off to a great start. Our new guidance shows our confidence in driving strong results following the acquisition of Pandora. Cost synergies are now expected to ultimately exceed $75 million. SiriusXM had yet another quarter of significant capital returns to stockholders, distributing over $660 million in the first quarter and nearly $900 million so far this year through April 22. Since the announcement of the Pandora acquisition, we have repurchased more than 63% of the stock issued in the transaction. At quarter-end, our pro forma debt to adjusted EBITDA was 3.2 times and we had cash on hand of $62 million with undrawn revolver capacity of approximately $1.2 billion. In 2019, we will continue to use our strong financial position and ample liquidity to invest in our business, make strategic investments and return capital to stockholders," noted David Frear, Chief Financial Officer, SiriusXM.

SiriusXM operates two complementary audio entertainment businesses — our SiriusXM business and our Pandora business. Further information regarding these two segments will be contained in the Company's Quarterly Report on Form 10-Q for the period ended March 31, 2019. The pro forma financial and operating highlights of these two segments are presented separately below and exclude the impact of share-based payment expense.